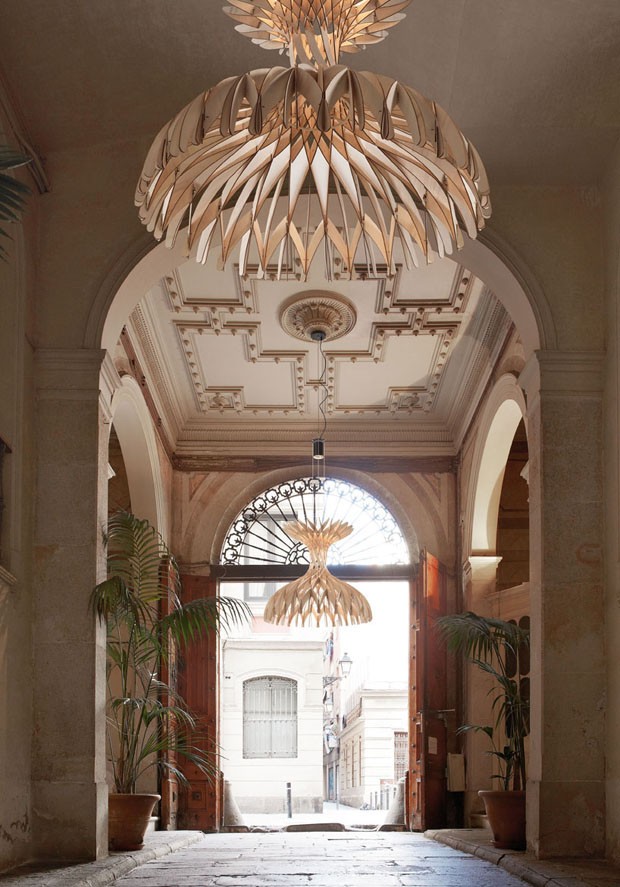 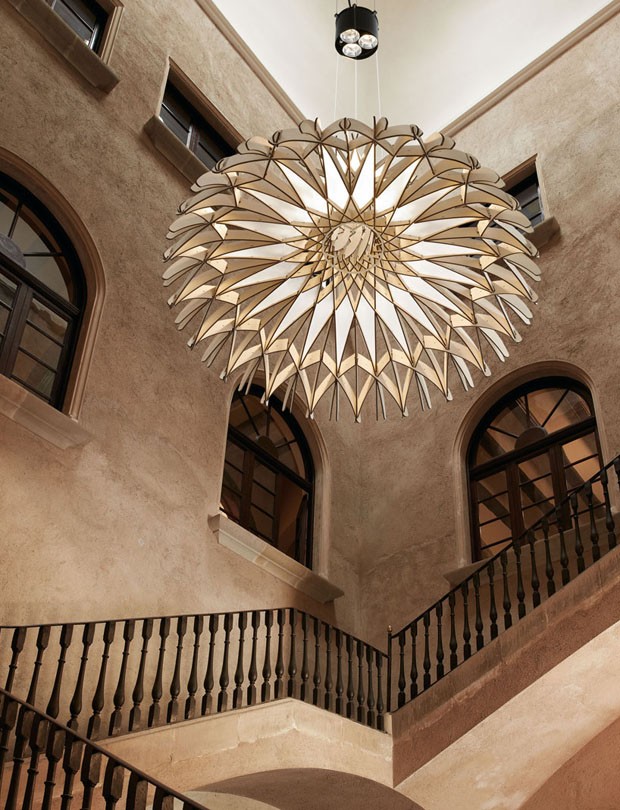 Inspired mainly by forms of the Roman Pantheon and the Cathedral of Santa Maria del Fiore in Florence, the piece is handcrafted by Bover, a luxury Spanish brand lamps. Furthermore, the geodesic domes of Buckminster Fuller also served as a reference for Benedetta develop the model, which can be found in three sizes domes - 180, 90 and 60 centimeters. 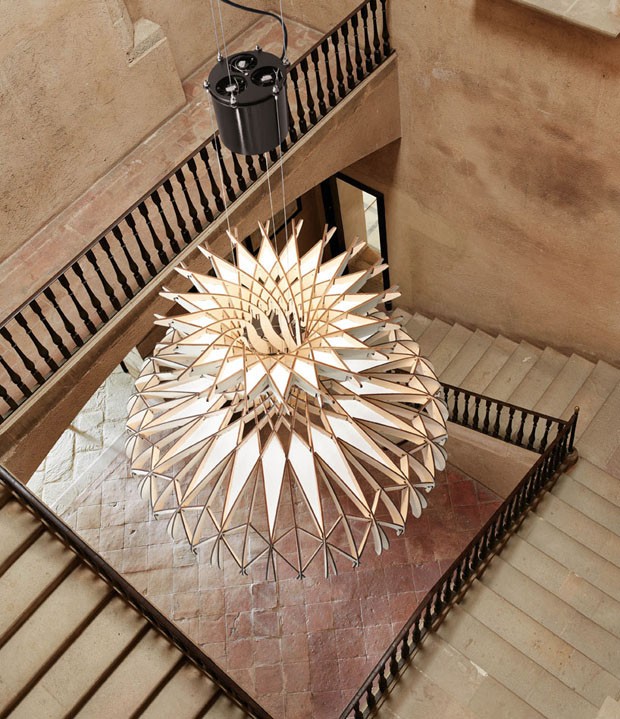 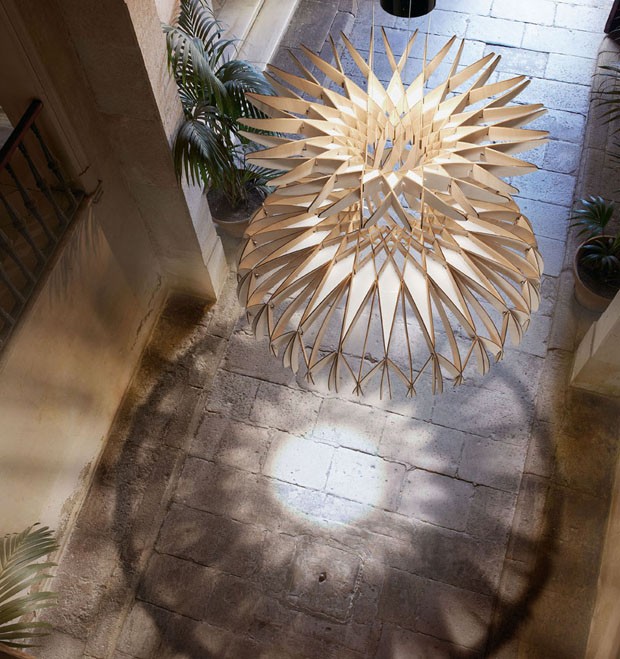 The idea behind this creation was to integrate design, and light in the spaces where the fixtures are no longer just a light emitter to become a sculpture in the environment. 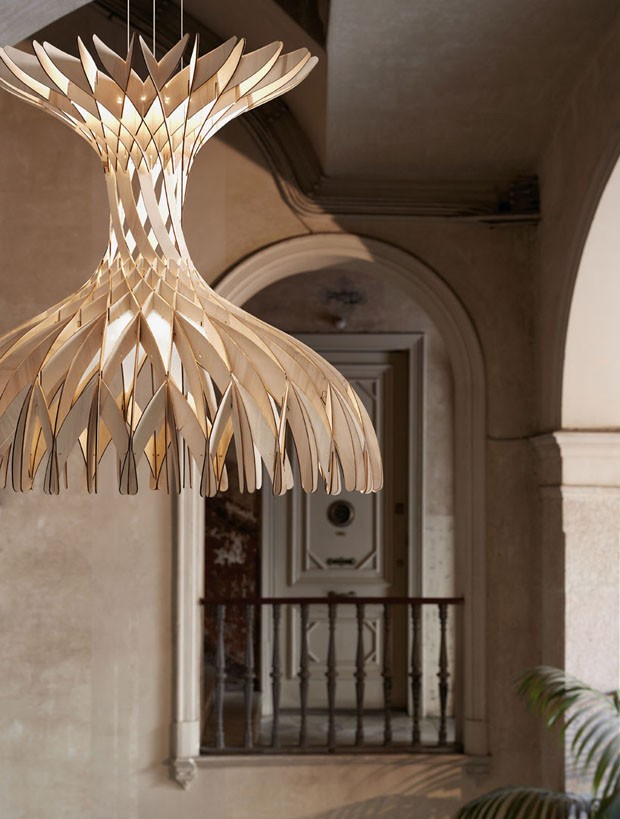 Thus, the Dome creates a beautiful play of light and shadows across and LED lamp, located above the part. Engineered drawings are formed by gaps between the small pieces of wood with which the luminaire is produced - about 170 interconnected fragments sewn one by one and assembled like a puzzle. 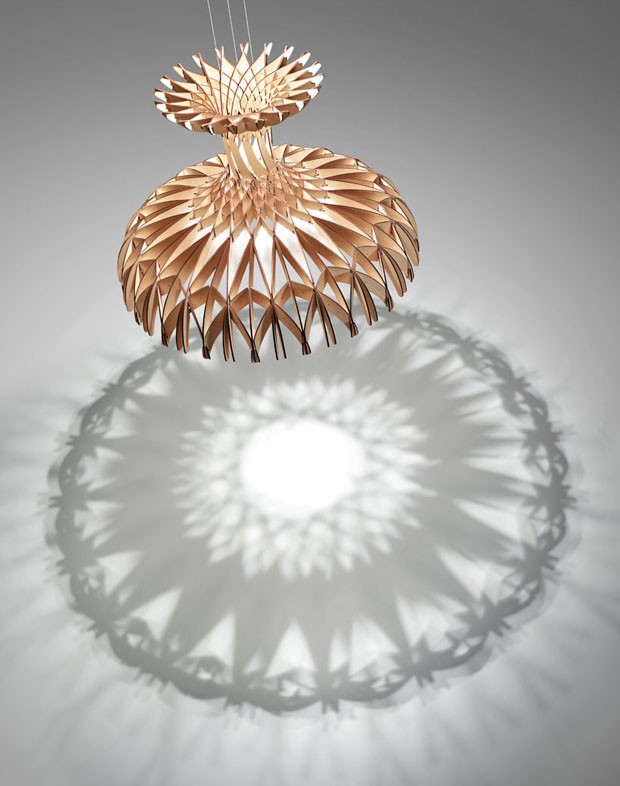 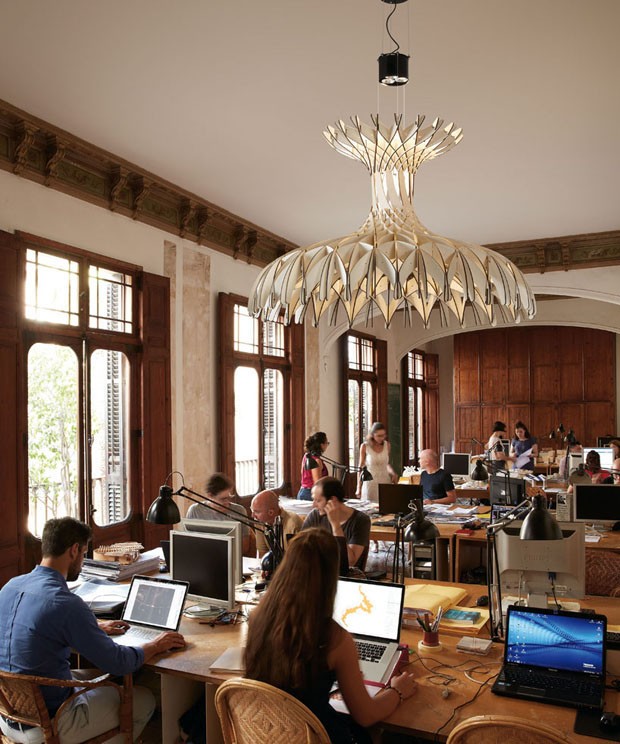 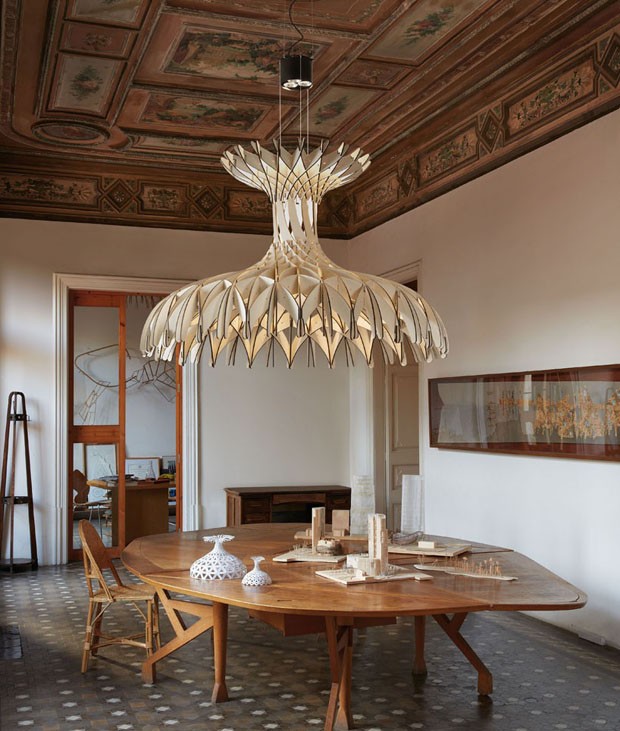